In this article, we will learn about Exceptions and Exception Handling techniques…

Exception in normal words is an abnormal condition / error.  As almost everything in java is a object so as  java exception. It is an object that describes an exceptional condition that has occurred in a piece of code. When an exception condition arises, an object representing that exception is created and thrown in the method that caused the error.

It is an event which disrupts the normal flow of program and object is thrown at runtime.

It is to be noted that, when an exception is occurred at one line of the program the complete program could not complete and terminates except when exception is handled.

Exception handling in java is one of the important feature which helps in maintaining the normal flow of program.

Any exception thrown out of method must be specified as such by throws keyword. Throws keyword declares the exceptions which can be occured in the respective method. This keyword is also used for exception propagation, which we will learn later in this article.

Try catch must be followed by either catch , finally or both. try block can not be used alone.

This is general form of an exceptional handling block:

There are three types of exceptions as defined by Oracle :

As name suggests, these exceptions are checked at compile time. The classes which are direct child classes of Throwable class except RuntimeException and Error are known as checked exceptions e.g. IOException, ClassNotFoundException, SQLException etc

These exceptions are not checked at compile time rather these are checked at run time.  The classes which inherit RuntimeException are known as unchecked exceptions e.g. ArithmeticException, NullPointerException, ArrayIndexOutOfBoundsException etc.

Condition which is irrecoverable is called as Error in Java e.g. OutOfMemoryError, VirtualMachineError, AssertionError etc.

All exception classes are sub-type of Throwable class. Thus Throwable is the top of exception hierarchy. 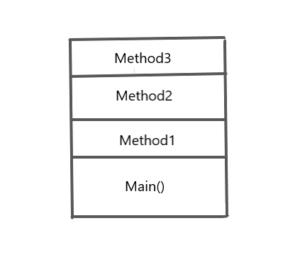 Depending upon different scenarios,  Developer may need to throw own created exception which are often called as Custom exception/ user-defined exception.

Developer can decide the exception and its message as pe the need.

Below is the example to create own custom exception in Java :

Thanks for reading this article. I hope , you like it,

Please subscribe our news letter and connect with social media accounts and don’t miss any articles.