In this article, we will learn about the Object-Oriented Programming concepts and its basics.

First, let us look at brief history of OOPS :

We have now many Object-Oriented Programming languages such as Java, PHP, C#, C++ , Python etc.

OOPS provides many concepts to simplify the development but we can say the main purpose of Object-Oriented Programming is to implement real world entities.

OOPs is a paradigm to design a program using Objects and classes to simplify the development process. It provides many concepts for development like inheritance, polymorphism, Objects, data binding, etc.

OOPs main purpose is to implement the real-world entities in programming. It binds the data and their operating functions together so that other part of code cannot access that data.

Object Oriented Programming / OOPs  is used in many modern programming languages like Java and Python.

There are many concepts available in OOPs paradigm to make development easy . Main OOPS concepts are :

Below are some other concepts used in OOPs paradigm :

Object is simply an entity which has state and behavior. Object can be a Physical as well as Logical entity / component. For example, Car, Laptop, Book, Clock etc.

Object is the basic and main unit of Object_Oriented Programming paradigm. It represent real-world entities. An Object in Java is the  instance of a class.  Classes does not consumes space but Objects does. Every Object contains an address and it takes space in memory.

Creation of Object in Java :

****new is the keyword used for runtime memory allocation, it allocates memory to the Object****

A car is an object in Java because it has states like name, color, brand etc. and its behavior is exposed by the methods such as accelerate and park etc.

An object in Java has three parts :

Class in java is a Collection of objects or group of similar entities / objects.  Class is a logical entity and it does not exist as physical component. Class in Java doesn’t consume any memory or space.

A Class in Java is a user defined blueprint from which similar type of individual objects/entities are created. Class represents the set of methods or properties which are common to all objects of same type.

Creation of class in Java :

****class is the keyword used to declare class****

Suppose you have a class named “Animals”. It can have Objects like Cat, Dog , Bird etc. It can have properties or data as color etc.  The behaviour of these objects will be exposed by use of methods. So it can have methods as Barking etc.

Class declaration can have below mentioned components :

Inheritance is an Object-Oriented Programming concept and it is considered to be one of the most important pillar of OOPs.

Inheritance basically represents parent – child or  IS-A relationship between two classes. It is the concept where one object acquires all the properties and behavior of its parent Object.

Where one class acquires all properties and methods of one other class.

When two classes inherits all properties and methods of one class, It is called as Hierarchical Inheritance.

Declaration of Inheritance in Java :

****Dog is the subclass which is inheriting Animals class****

****extends is the keyword used for Inheritance****

Abstraction can be seen as process of representing important features without showing background processes and details. In Abstraction, Only functionality is visible to the user and all the internal details are hidden.

Data Abstraction in Java can also be defined as process of identifying and using only the required properties of Object and ignoring others.

Creation of Abstract Class in Java :

****abstract is the keyword to declare class or method as abstract****

Rules for Abstract class in Java :

Creation of Interface in Java :

Rules for Interfaces in Java :

Simple example of encapsulation can be seen as a capsule, as it wraps medicines into it.

In Java, a class is the example of encapsulation concept. However, Java bean / POJO class is considered to be fully encapsulated class as all the data members of these classes are private.

Encapsulation is also known as data-hiding as it prevents data to be accessed by the code outside the class.

Example of Encapsulation in Java :

Polymorphism is a concept of OOPs paradigm , When one task is performed in different ways, it is called as Polymorphism. We can also say that, Polymorphism refers to the ability of  objects , functions to take multiple forms.

Method overloading and method overriding is used in Java to achieve polymorphism.

There are two types of Polymorphism in Java:

Example of Polymorphism in Java through Method Overloading :

Coupling in OOPs paradigm refers to the concept where there is dependencies or flow of information or coordination is happening between different classes. This comes in picture whenever classes are accessible or aware-of each other. We use access modifiers (public, private, protected) to achieve coupling in java. Interfaces are used in java for weak coupling as interfaces do not have any concrete implementation.

Association in OOPs paradigm simply represents the relationships of different Objects. One Object can be associated with one object or many objects.

Four type of associations is possible between Objects :

Association in Java can be :

In composition, the containing objects do not have an independent existence that’s why it is strong relationship. In case of removal of parent object, all the child objects will also be discarded.

Aggregation in java is another way to achieve Association. The relationship where one object have other objects as its state is called as Aggregation. This type of relationship is a weak relationship between Objects.

It is also called as a has-a relationship in Java

The java.io package is a highly cohesive package as it only contains the I/O related interfaces and classes.

The java.util package is a weakly cohesive package as it contains multiple unrelated interfaces and classes.

That’s all folks! In this article, you have got the complete overview of Object-Oriented Programming paradigm and its concepts and examples. 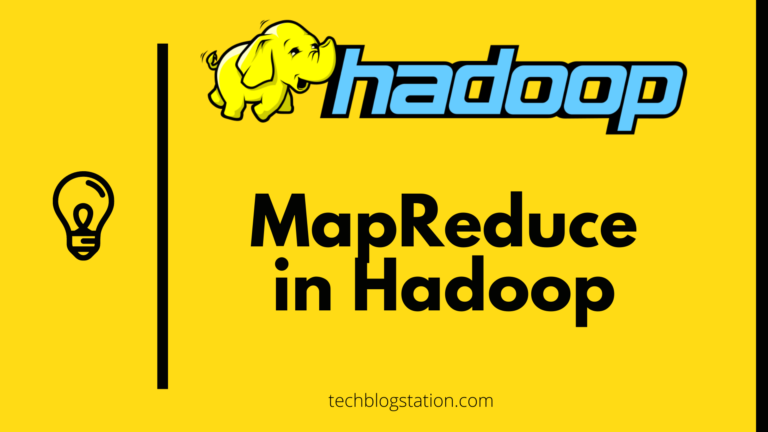 What is MapReduce in Hadoop?